You are here: What's On > Quadrophenia 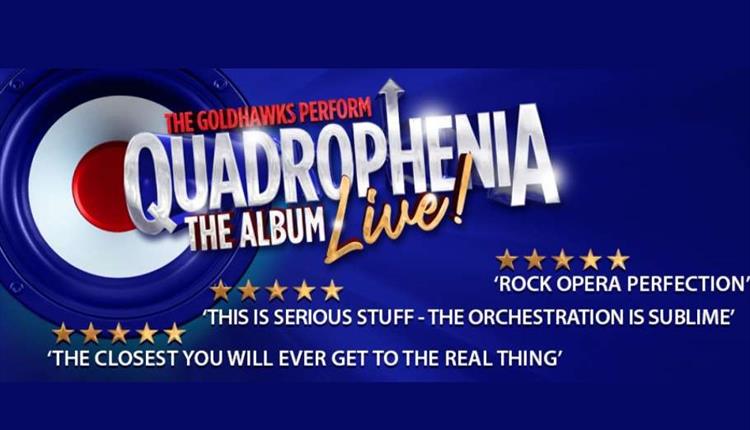 Produced by Concept Concerts this production, acclaimed by a Sunday Times journalist as “Mighty, moving and unstoppable,” sees 8-piece band, The Goldhawks, deliver a stunning live performance of The Who’s smash hit concept album, Quadrophenia. From the very first show it has received standing ovations.

Released over 40 years ago in October 1973, The Who’s second rock opera ‘Quadrophenia’ was Pete Townshend’s homage to a pivotal moment in British youth culture. The album tells the story of Jimmy, a Mod, by chronicling his dissatisfaction with life, work, love, home, and family life. It served as an ode to teenage angst and counterculture rebellion, as well as a criticism of the British class, economic and educational systems but you don't need to be clued up on the history of the Mods and Rockers to enjoy this show because  at its core, Quadrophenia, which peaked at No. 2 on the UK and USA charts, is just about teenage confusion, conflict and frustration.

Backed with exciting, and sometimes heart-wrenching, large-screen projection of archival footage, the emotions, tension and raw power that the music demands is delivered masterfully by the fabulous, charismatic band, The Goldhawks, with amazing replication of The Who’s sound.

To send you home on an even bigger high there are a few all-time classic Who hits to close the show!