You are here: What's On > The Puppini Sisters 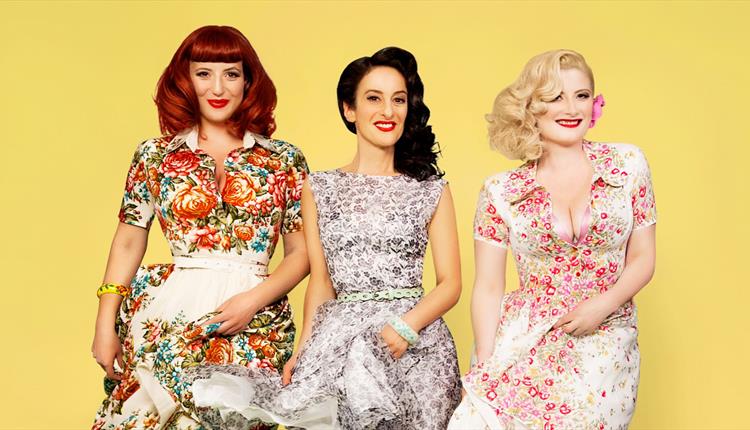 When you start out retro, you don’t expect to become true originals – but that’s the position The Puppini Sisters (Marcella Puppini, Kate Mullins and Emma Smith) are delighted to find themselves in.

In the ten years since they began, it’s extraordinary how many others have followed their trailblazing lead, whether it’s the gorgeous close harmony singing style, the swing-style re-workings of modern pop songs, or their impeccable retro-futuristic fashion sense.

With four albums under their waist-cinching belts and a fifth one under way, the Puppini Sisters are now regarded as the world’s leading close-harmony group, and count Prince Charles, The Manhattan Transfer and Michael Bublé amongst their fans.

The group was founded in 2004 by Marcella Puppini after she was inspired by the animated film Belleville Rendez-Vue (2003), and in 2005 they were signed by Universal Classics and Jazz.

Since then, the group have been awarded a Gold Disc and a Multi Platinum disc, have collaborated with Michael Bublé and have appeared on some of the world’s most prestigious stages, including Koko and The Shepherd’s Bush Empire in London, l’Olympia in Paris, The Great Hall of Conservatory in Moscow, The Greek in L.A., B.B. King’s in New York and Glastonbury Festival.