You are here: What's On > Coastal Comedy Show with TV Headliner Paul Tonkinson! 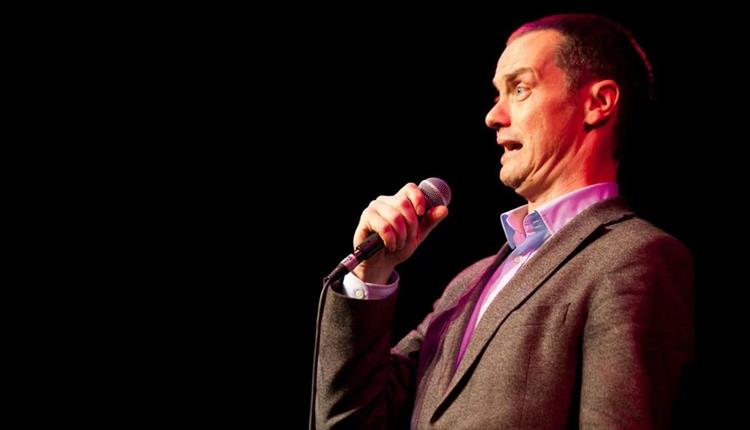 Coastal Comedy offers a great chance to see a famous face close up and personal in an intimate setting, with the very best stand-up comics on the circuit, and are winners of the Gold Night Time Award as part of the prestigious BH Star Awards 2019.

Our headline act is the incredible Paul Tonkinson as seen on:

HILARIOUS; NOBODY MAKES ME LAUGH LIKE PAUL TONKINSON. SIMPLY ONE OF THE GREATEST COMICS AROUND. GO SEE HIM!” Michael McIntyre

A sensational live performer, Yorkshire man, marathon runner and former (double award-winning) Time Out Comedian of the Year, Paul Tonkinson has long upheld his esteemed reputation as one of the finest stand-ups the UK has to offer. With a unique and distinctive style, Tonkinson is noted for his effervescent physicality and skillful impressions, which bring alive exuberant, tender comic reflections on love, family and the day-to-day idiosyncrasies of 21st century living. A plethora of first class material, combined with tremendous charm and irrepressible, infectious energy make for quite a formidable talent.

“CHARISMATIC, COMBINES THE VISUAL TRICKERY OF A LEE EVANS WITH THE IMPROVISATIONAL SKILLS OF PAUL MERTON. BRILLIANT CHARACTERISATIONS, HIS FACE, A WONDER OF CONTORTION” Independent

Opening the show for your laughing pleasure is Michael Fabbri who regularly performs at major comedy clubs throughout the UK and all over the world.

He has worked as a writer for Radio and TV and recently had his own stand up series: 'Dyslexicon' on BBC radio 4. He has done several solo shows at the Edinburgh fringe festival and worked as a support act for Micky Flanagan, Lucy Porter, and Stephen K Amos.

Also appearing on the night is multi-award winning comedian Tom Taylor who has received high praise from audiences and critics alike. His unique brand of musical comedy is smart and silly in equal measure and he boasts an impressive stock of quirky, and very funny, musical one-liners.

In 2013 Tom reached the final of the prestigious So You Think You’re Funny? competition, and recently performed on Radio 2 and Radio 4 as part of the BBC Radio New Comedy Awards.