You are here: What's On > Coastal Comedy with TV headliner, Tez Ilyas! 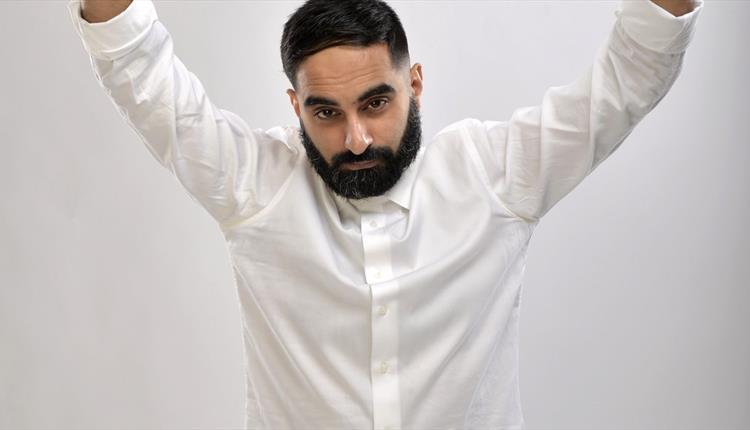 Our TV headliner is the amazingly funny Tez Ilyas! You will recognise him from:

Tez Ilyas hit the ground running in his first year as a stand-up comedian finding himself in no less than eight competition finals. Since then he has achieved phenomenal success with his debut stand up hour TEZ Talks, enjoyed a sell-out run at the Soho Theatre and had his own Radio 4 series.

Tez has had a few years storming Edinburgh with his solo shows, but in recent months you will have seen him on Live at The BBC, Chris Ramsay's Stand Up Central, Mock The Week and most recently Comedy Central's Roast Battles.

★★★★ ‘Ilyas has a slickness more reminiscent of US comics, and the gags to back it up, though his most prized asset could yet be his bold, subversive streak’  The Guardian

We can’t wait to bring Tez to the Lighthouse!

Opening the show is the hilarious comedy magician Wayne the Weird - master of stupidity and nonchalance and a massive hit with any audience.

Wayne's comedic skills have seen him perform on stage internationally as well as all throughout the UK from comedy clubs, castles and bowling alleys to golf clubs, churches, and even Zippos Circus!

"No one in the audience will ever look at rubber gloves and white rabbits in the same way again."  Creative Cows Comedy

Plus support from Andy Stedman who is a lively, likeable and versatile act.  Andy has a cheeky persona and his set is a lively and varied one, with a mix of songs, silly poems, jokes and audience interaction.