You are here: What's On > Coastal Comedy: Ben Norris 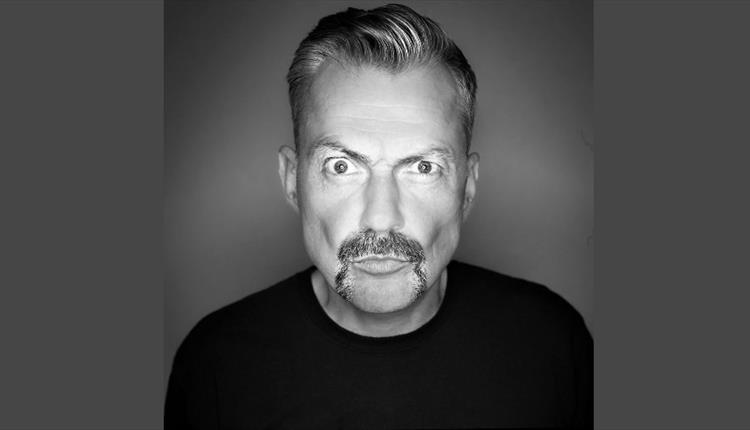 Coastal Comedy host a monthly stand-up comedy show of live entertainment. Each evening brings together a line-up of three professional comedians including a TV headliner you might recognise from programmes such as Mock the Week(BBC2), 8 Out of 10 Cats (Channel 4) or Live at the Apollo (BBC1) in addition to a host, local comedian Adrienne Coles.

These nights are a great opportunity to see famous comedians up close and personal in the intimate setting of the Sherling Studio.

Enjoy a fantastic night out and get to see TV Headliner Ben Norris.

As seen on:
They Think It's All Over (BBC1)
Mock the Week (BBC2)
Never Mind the Buzzcocks (BBC2)

Ben has been performing on the comedy circuit since 1993, and has recently been supporting Ed Byrne on his national tour. He has appeared on a range of different television shows, is a regular at The Comedy Store, and has developed an incredibly relaxed stage persona with an innate ability to improvise as well as deliver sharply crafted material.

"The term circuit legend is overused, but Norris is one of a handful that have been headlining for more than two decades and rarely departs a stage without leaving it torn to shreds in his wake. A master of the craft, this will be the most polished stand-up you are likely to see." GQ Magazine

Opening the show is local comic Gareth Richards. Gareth has appeared on Russell Howard’s Good News (BBC2), Live at the Electric (BBC3) and in January performed live on Radio 1 on two separate occasions. He has also performed live on Radio 1 and co-hosted Frank Skinner’s Sony award-winning Absolute Radio show for two years and supported Frank on his 2014 tour. His hilarious stand-up, silly jokes and gorgeously low-key comedy songs have made him an instant favourite on the comedy circuit.

“A delightful hour of comedy” The Guardian

Also performing on the night is Martin Wratten - an ex ice cream man from Eastbourne. At the height of his ice cream days Martin could make 3 Mr Whippies at once. But, those days are long gone.  He is now So You Think You're Funny Semi Finalist 2016, and Fosters South Coast Comedian of the Year Winner 2017!

Plus new up and coming talent in the form of James Ellis, we just had to show you him too!

The night is hosted by local comic Adrienne Coles.